Karl Lagerfeld, the head designer and creative director at Chanel, Fendi and his own label fashion house, has had a complaint filed against him by a French organization called Belle, Ronde, Sexy et je m’assume (Beautiful, Round, Sexy and Okay With It) for making unpleasant comments about larger women. 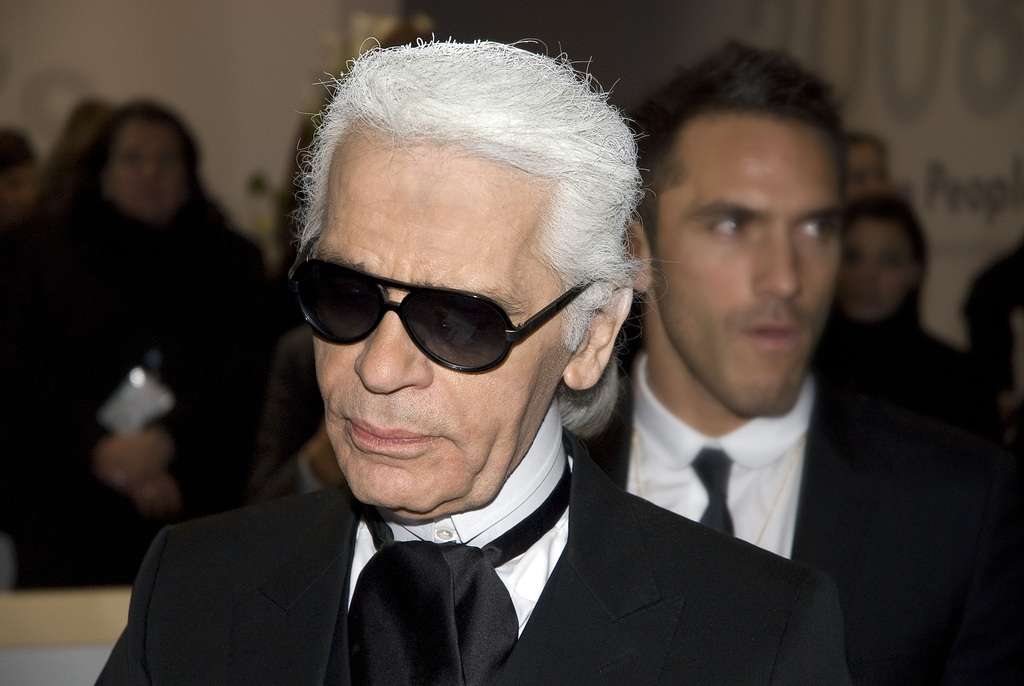 Karl Lagerfeld, the head designer and creative director at Chanel, Fendi and his own label fashion house, has had a complaint filed against him by a French organization called Belle, Ronde, Sexy et je m’assume (Beautiful, Round, Sexy and Okay With It) for making unpleasant comments about larger women. When interviewed on the French television show ‘Le Grand 8’, Lagerfeld said that the country’s health care system was struggling due to “all the diseases caught by people who are too fat”. He added that “nobody wants to see round women on the catwalk”, just in case anyone was unsure about why he has such a bee in his bonnet about people heavier than him. Can’t have those pesky realistic bodies infiltrating the runway! Maybe it’s time that someone sat down with Karl and explained that using your public platform to body-shame women isn’t particularly pleasant.

It’s too easy to brush Lagerfeld off as an eccentric, particularly as he expressed interest in marrying his cat Choupette if it were legal and said he hated all children in an interview with a Hong Kong magazine. I’d have no problem laughing off his latest bought of word-vomit if Lagerfeld wasn’t so synonymous with high fashion and still hailed as some kind of hallowed authority on style, artistry and women’s bodies. He’s respected in an industry that is notorious for making women feel really shitty about themselves and that has major issues with size and shape.

We cannot pretend that Lagerfeld’s comments lack context because all is not as shiny and beautiful in the world of high fashion as one might immediately assume. The catwalks are still overwhelmingly populated by women with matching heights and identical jutting hipbones and ribs and spines. They don’t look like anyone I’ve ever met outside my eating disorder clinic, where my peers and I weren’t being given the cultural validation of a brightly-lit runway and thousands of pounds worth of haute couture clothes. During my illness I was obsessed with the size of models. Anyone who says, as Lagerfeld has, that anorexia has nothing to do with high fashion, only has to look at a pro-anorexia website. They are crammed with pictures of fashion models and ‘catwalk diets’ because the model physique at its current, homogenous size-emaciated is what sick women and girls hold up as an example of perfection, of something to strive for.

In 2006, fashion model Luisel Ramos died from complications arising from her anorexia. In 2007 it was Eliana Ramos and Hila Elmalich. Last month Georgina Wilkin, who has modelled collections for Topshop, Gap and Giles Deacon, spoke out about her anorexia and how she was booked for shoots even as her organs were failing and her lips and fingers were blue. She stresses that hers is not an isolated case and this is not surprising. When put on the spot, the modelling agencies cry ‘oh but designers make miniature clothes so we must find women to fit’ and designers wail ‘oh but the agencies send us such thin models that we must make clothes to fit’. The buck has to stop somewhere. The fact that designers send out sample size 6 for someone of 5ft 9 and above sends out a very clear message: that this is the body type that they favour, the one they want to put their clothes on, the most valuable kind of body to have.

The problems of representing only one, specific body type, of forcing women to compare themselves with an unrealistic (for most of the population) body ideal, and of the widespread nature eating disorders within modelling, are not going to magically disappear. Small gains have been made, with H&M using size 12 model Jennie Runk in their 2013 beachwear campaign and refusing to label the collection ‘plus-size’. The retailer Debenhams has become the first mainstream UK store to use size 16 mannequins in their window displays, and will unveil the new mannequins today in their flagship Oxford Street store. However, positive steps towards inclusion and realistic representation of female bodies are undermined when fashion’s big guns, like Lagerfeld, go around preaching distaste for people who are not size zero.

Lagerfeld is doing a pretty good job of representing the worst of fashion; its bitchy exclusivity, its disconnection from reality, and its distain for anyone who doesn’t fit into a very narrow ideal of what beauty means. Stop it please, Karl. Your comments are irresponsible and offensive and you’re letting women down.